With an incredible Olympic Games for Team GB coming to a close it felt like a great time to reflect on Garmendale’s own piece of Olympic History.

Team GB took Japan by storm racking up one of the best performances at an overseas Olympics in British History, with all eyes now looking to Paris in 2024 we at Garmendale thought now was a great time to look back into the archives. For today’s Throwback Garmendale would like to take you back to 2012 when it was London’s turn to host the Olympic Games. Team GB collected 65 medals including multiple medals for Victoria Pendleton, Mo Farah, and Andy Murray but before the Olympic festivities took place Garmendale made our very own contribution to the UK Olympic Games.

In the Summer of 2012, the UK became the setting for one of sports greatest events and though a lot of the games were staged in and around London the aquatic events, in particular, the sailing events looked slightly further afield. The majority of the Olympic sailing was based at Weymouth and Portland National Sailing Academy (WPNSA). This presented an exciting opportunity for Garmendale as a viewing tower was being erected to give observers the perfect view of the premier event in the sailing calendar. Working with Merlin, Garmendale had the mammoth task of installing this incredible structure. Weighing in at around 1000 tonnes this installation job came with its fair share of challenges. 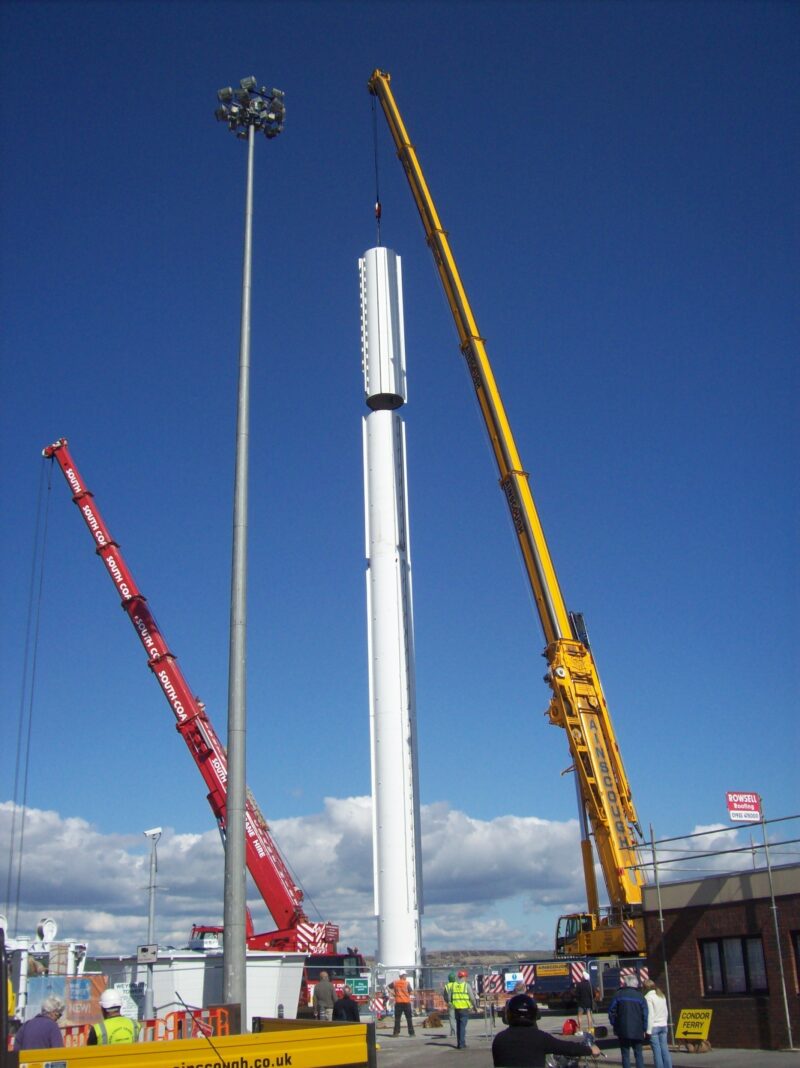 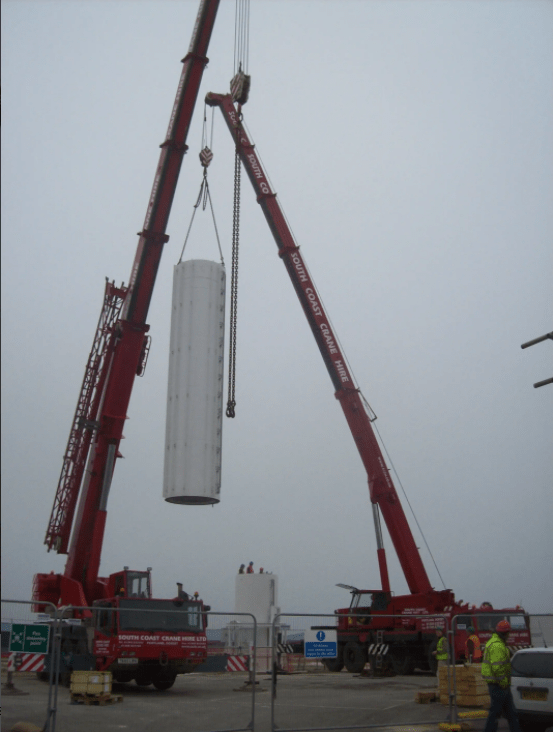 With any large structure, its success is always in the foundation. Garmendale set the foundation with a solid concrete ring buried 18 feet underground. This was the easy part as Garmendale’s skilled team then used a system of carefully positioned cranes to assemble a series of 30 ft long sections. On completion of the 174 ft structure, the gondola was added as the final component to be lifted into place. Hoisting a 1000 ton, 174 ft tower is a huge task in itself but because this tower had to be ready for the Summer Olympic Games the work was to be completed over the winter months with harsh winter coastal conditions adding to the difficulty. As you can see from the photos above Garmendale got lucky towards the end of the installation with clear skies and light breeze but some days had limited visibility and harsh winds. With all of these challenges, Garmendale still delivered this incredible project on schedule and on budget ready for the London Olympics.

Click on the link below to watch Ben Ainslie’s incredible Gold Medal winning race at the 2012 Olympics and don’t forget to keep an eye out for the Weymouth Tower in the background.

Garmendale has built a reputation for delivering the most challenging of projects on time. If you would like to look at more of our installation and site works please click here. We have worked on everything from Zoos to the London Eye. Our Olympic history doesn’t stop at Weymouth Tower though as Garmendale also carefully installed the Agitos 2012 Paralympic sign on the British Museum, which is more difficult than it may seem. Garmendale was tasked with lifting the sign into place and mounting it without altering the structural integrity of the building/pillars. Garmendale’s solution was to manufacture cushioned clamps to hold up the sign whilst also protecting the historical pillars of the British Museum. The Paralympics begin on the 24th of August. 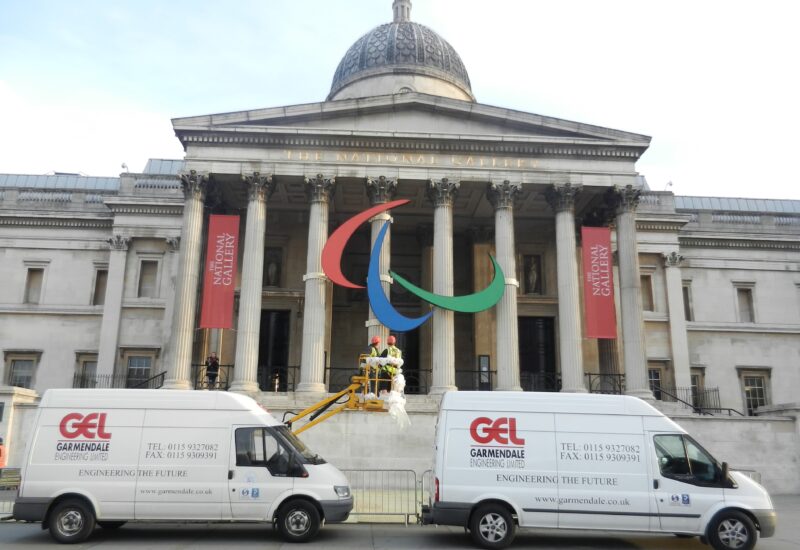 This August is the 90th Anniversary of arguably Denmark’s finest export and the Universes favourite toy. LEGO is one of the world’s most recognisable brands, with toys, films, tv shows, and theme parks all contributing to the legacy of LEGO (LEGOcy). In celebration of this incredible milestone we’d love to reminisce looking back on a […]

Our team is filled with rather excited film fans as the truly epic Jurassic Park series comes to an end tomorrow with the release of Jurassic World: Dominion. This beloved film series spans, 6 films, multiple theme park rides, and countless spin-offs. Believe it or not Garmendale Engineering have their own piece of Jurassic history […]

Park Welcome Gates In a Flash

It is no secret that Garmendale Engineering know how to create an incredible gating system. With our world-renowned RG-11 gating systems featuring in many of the world’s greatest theme parks and attractions. From Universal Orlando to Warner Bros. World Abu Dhabi our gating systems are taking over the world. The most recent and ambitious RG-11 […]